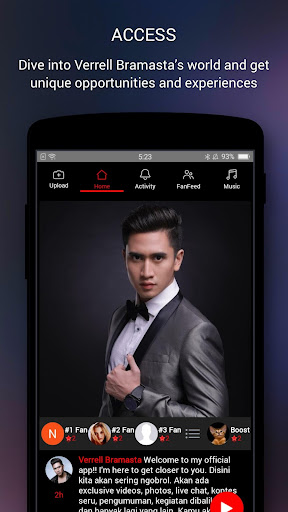 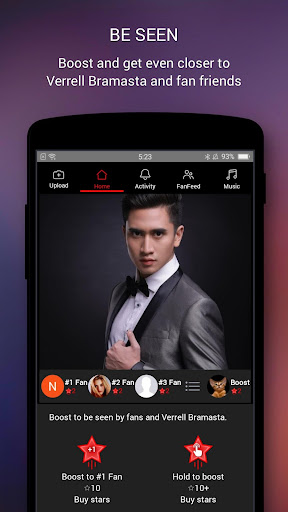 Stay connected to Verrell Bramasta on his official app.
Do fun things:
– Check out the in-app social feed for live updates and videos.
– Boost your comments with Superstars, become a Top 3 Fan, and be seen by Verrell Bramasta.
– Join exciting contests for a chance to win amazing prizes like meeting Verrell Bramasta, event tickets, and more…
– Watch cool videos.
– Follow Verrell Bramasta on social media.
– Listen to the FREE built-in playlist and add more songs from your personal library, Spotify.

About Verrell Bramasta
Verrell Bramasta was born in Jakarta on 11 September in 1996. He is the first child of the couple Venna Melinda and Ivan Fadilla who started following the footsteps of his parents to become a TV star. His early career started from an offer to be a guest star on a speech degree event. And because of the talent that he has, Verrell intends to enter the entertainment world. Verrell’s participation in entertainment world has the full support of his parents. His TV series career started with Aisyah Putri : Jilbab in Love (2014 – 2015), Bintang di Langit (2014), Penyihir Cantik (2015), 7 Manusia Harimau Generation (2016), Anak Sekolahan (2017), Siapa Takut Jatuh Cinta (2017 – 2018) and movies like LDR (2015), Where is My Romeo (2015), Dubsmash (2016), ILY from 38.000 ft (2016).
‧ Login page changed
‧ Bug fixes