App Information of THE PRINCE BY NICCOLÒ MACHIAVELLI + STUDY GUIDE 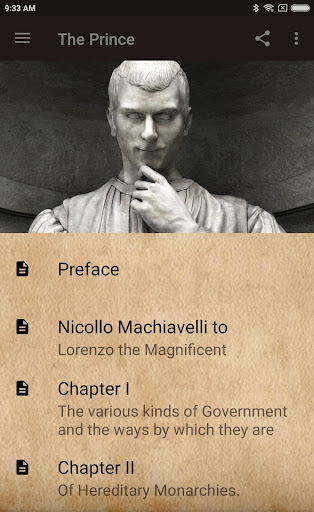 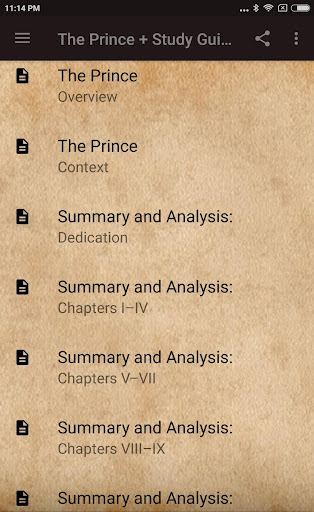 Description of THE PRINCE BY NICCOLÒ MACHIAVELLI + STUDY GUIDE

The Prince is a 16th-century political treatise by the Italian diplomat and political theorist Niccolò Machiavelli. From correspondence a version appears to have been distributed in 1513, using a Latin title, De Principatibus (Of Principalities). However, the printed version was not published until 1532, five years after Machiavelli’s death. This was done with the permission of the Medici pope Clement VII, but “long before then, in fact since the first appearance of The Prince in manuscript, controversy had swirled about his writings”.

Although it was written as if it were a traditional work in the mirrors for princes style, it is generally agreed that it was especially innovative. This is only partly because it was written in the vernacular Italian rather than Latin, a practice which had become increasingly popular since the publication of other works of Renaissance literature.

The Prince is sometimes claimed to be one of the first works of modern philosophy, especially modern political philosophy, in which the effective truth is taken to be more important than any abstract ideal. It was also in direct conflict with the dominant Catholic and scholastic doctrines of the time concerning politics and ethics.

Contents of this The Prince app include:
♠ Preface

♠ Chapter 1. The various kinds of Government and the ways by which they are established.

♠ Chapter 4. Why the Kingdom of Darius, occupied by Alexander, did not rebel against the successors of the latter after his death.

♠ Chapter 5. The way to govern Cities or Dominions that, previous to being occupied, lived under their own Laws.

♠ Chapter 6. Of New Dominions which have been acquired by one’s own Arms and Powers.

♠ Chapter 7. Of New Dominions acquired by the Power of others or by Fortune.

♠ Chapter 8. Of those who have attained the position of Prince by villainy.

♠ Chapter 9. Of the Civic Principality.

♠ Chapter 10. How the strength of all States should be measured.

♠ Chapter 12. The different kinds of Militia and Mercenary Soldiers.

♠ Chapter 14. What the duties of a Prince are with regard to the Militia.

♠ Chapter 15. Of the things for which Men, and especially Princes, are praised or blamed.

♠ Chapter 16. Of Liberality and Niggardliness.

♠ Chapter 17. Of Cruelty and Clemency, and whether it is better to be loved or feared.

♠ Chapter 18. In what way Princes must keep faith.

♠ Chapter 19. That we must avoid being despised and hated.

♠ Chapter 20. Whether Fortresses and other things which Princes often make are useful or injurious.

♠ Chapter 21. How a Prince must act in order to gain reputation.

♠ Chapter 22. Of the Secretaries of Princes.

♠ Chapter 23. How Flatterers must be shunned.

♠ Chapter 24. Why the Princes of Italy have lost their States.

♠ Chapter 25. How much Fortune can do in human affairs, and how it may be opposed.

♠ Chapter 26. Exhortation to liberate Italy from the Barbarians.

Related Posts of THE PRINCE BY NICCOLÒ MACHIAVELLI + STUDY GUIDE