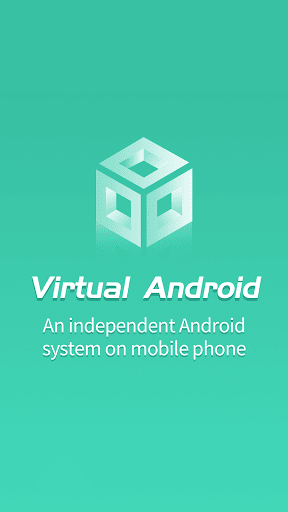 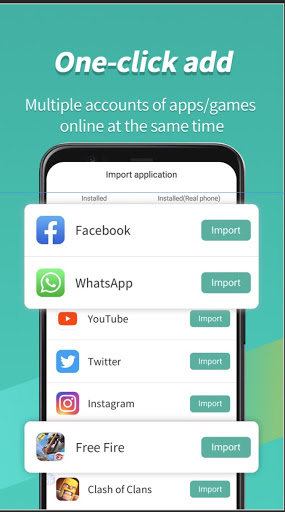 Virtual Android creates a virtual partition on your mobile device and runs a copy of Android in each parallel space. It’s just like using two separate mobile phones! When using this virtual machine for Android, you can switch between the local system and the virtual system with one tap and access multiple accounts simultaneously. Games and apps in the emulator’s parallel environment can easily run in the background, allowing for seamless switching between virtual copies of your device.

【Easy, free-to-use Virtual Android Environment】
Similar to a free cloud phone, but even more powerful! We support almost all social apps and games, meaning you can have dual WhatsApp, Sharechat, Snapchat, FreeFire, and many other apps with the push of a button. Sign in to different accounts on one device and switch between them with just one tap, receive messages and notifications from all of your signed-in accounts and bounce between them effortlessly.

【Independent virtual GPU ensures multiple copies perform seamlessly】
Virtual Android supports an independent virtual GPU. Why does this matter? It’s what sets us apart from other virtual and clone apps! Each copy of Android running on your device has a dedicated virtual GPU, meaning games and apps run flawlessly in the background. You can play two FreeFire matches simultaneously, and copies of the game running in the background won’t pay the price if you have an incoming call or other business to attend to on your device. Just like bringing the emulators such as Bluestacks and Nox to your phone. Enjoy premium graphics in your cloned apps that our competitors can’t beat!

【Enjoy multiple copies of an app online simultaneously】
Games and Apps are cloned after being imported into Virtual Android, which means that you can run multiple accounts simultaneously on one device via our high speed virtual system. Use our virtual environment to your advantage and enjoy dual copies of your favorite instant messenger apps at the same time, or parallel copies of your favorite game to double your experience. We support it all!
1.Support camera.
2.Support 32-bit devices.
3.Support Standoff 2.
4.Support Android 11.
5.Support Free Fire with Facebook account.
6.Performance optimization;
7.Fix some bugs.