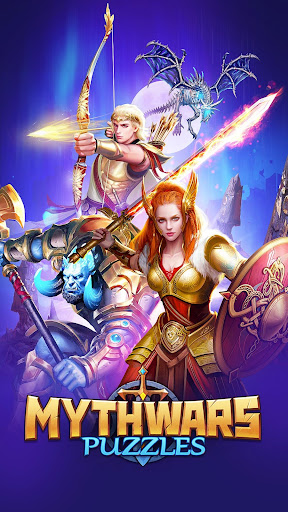 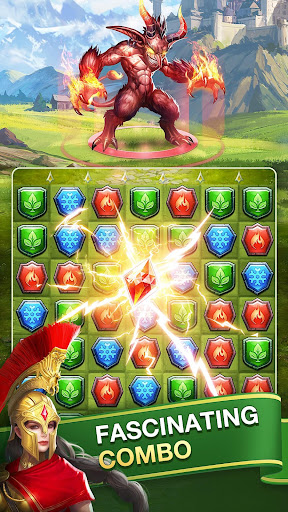 War between the gods have brought destruction and chaos to the mortal world. The world of man are lost. What will you do in these dark ages to change the fate of this world?

Welcome to MythWars & Puzzles. Immerse yourself in the fantasy world with magic and lore. You will take on the role of a mighty Lord that have been chosen to join an unprecedented war against the evil gods. It is time to construct your magical city, train a massive army and recruit legendary heroes. This very unique and attractive RPG game uses the classic match-3 puzzle to drive the power of the gods into your army as they charge into the enemies fearlessly, and get rid of all the evil.

Game features:
• Classic Match-3 puzzle gameplay – Casual, Simple, and Strategically
• Command a large battlefield – Lead your army, bands of heroes, and use magic items to defeat your foes.
• Construct a magical Castle – Build barracks, alchemy factory, and huge city walls
• Explore the lore of gods – hundreds of independent mythology scenes.
• Collect heroes – Thousands of gods and heroes can be summoned.
• Global Social – Play with millions of global players and build alliance together.
• Arena Ladder – Lead your team to challenge players from the whole world, improve your ladder ranking.
• Tons of contents – Endless events that give free items. You can participate multiple times regardless of your time zone.