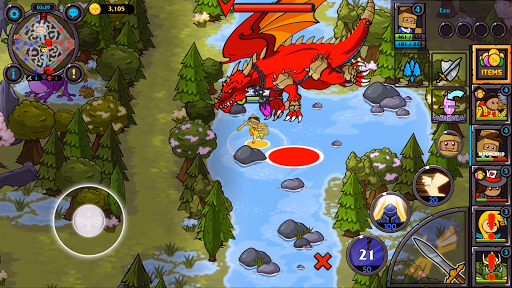 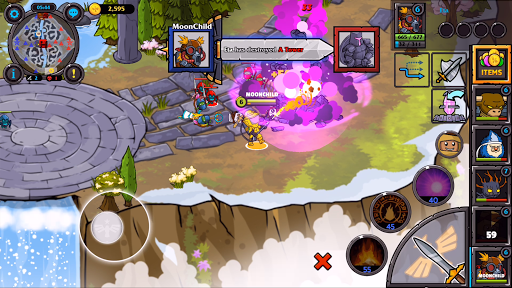 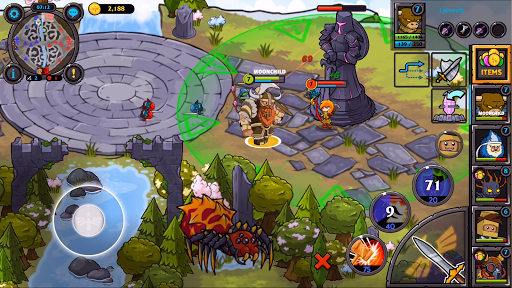 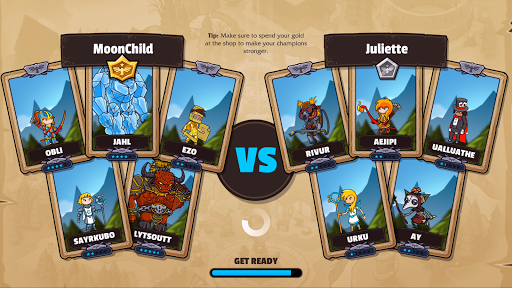 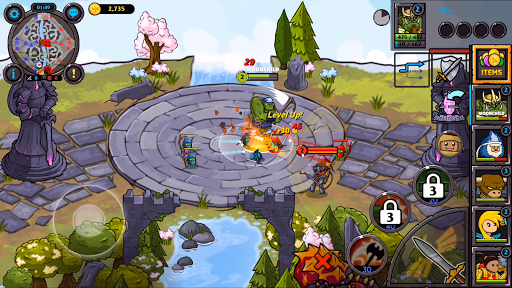 Full multiplayer game play. The first MOBA ever where you control everything. Instead of being stuck controlling just one legend your able to switch between any legends at anytime!

If controlling 5 legends at once is overwhelming don’t worry, when your not user controlling the Ai will take over. This way you can play the game as hardcore or casual as you like.

Awesome bright cartoon animated style. Refreshing look that’s easy on the eyes and stands out from the crowd.

SPECTATE LIVE GAMES SEARCHING
● Watch live competitive games, even if your in matchmaking queue waiting for your own match to start!

ORIGINAL GAME EXPERIENCE
● Finally a game that breaks the mold and allows players to combine strategy with action in a truly unique way.
● You can command your legends to play aggressive or defensive, tell them which lanes to fight in, and even decide which items to buy them.
● Shared gold. Are you the type that likes to spread out your items evenly throughout your 5 legends? Or do you stack up one? The choice is yours!

RECRUIT AND TRAIN LEGENDS
●Each player has their own town to recruit and train legends.
●Create your own type of hero: If you’ve always wanted an archer that is super tanky instead of a glass cannon its up to you to shape and customize your legend to fit your tactics and strategy.

Sketch a Day: Daily challenges to learn and share 1.8.3