Download League of Gamers – Be an E-Sports Legend! 1.4 APK

App Information of League of Gamers - Be an E-Sports Legend! 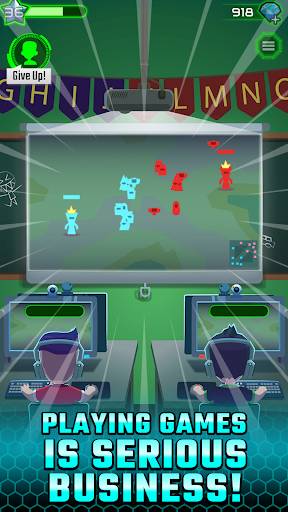 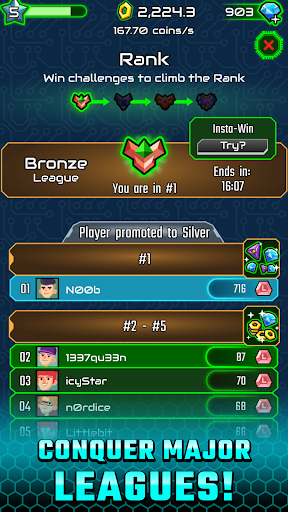 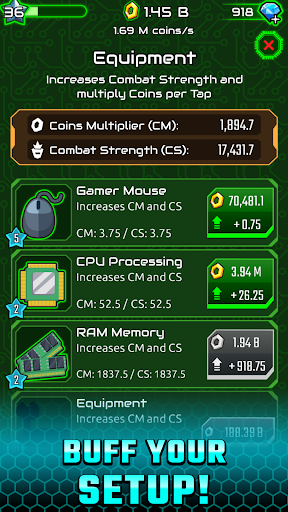 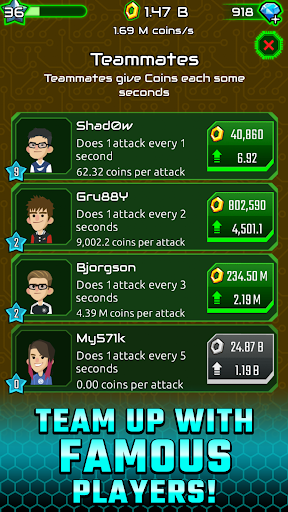 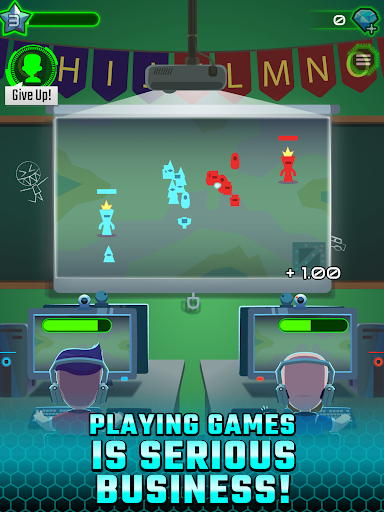 Description of League of Gamers - Be an E-Sports Legend!

This is your origin story as the most legendary player in e-sport idle game history! Rise from small local competitions to full-blown game-paloozas around the world, displaying your champion tapping talents like a real idle clicker gaming pro in this simulator game!

If an e-sports idle game career is your dream and you twitch at the mere mention of your pro-gamer idol’s names, why not become one of them in a simulator clicker? Don’t remain idle before the chance of a lifetime! Jump into heated e-sports idle clicker and simulator clicker battles and upgrade your gaming skills to god-tier to make your pro-gamer reputation go viral and ascend to e-sports legend status!

Kickstart your pro-gaming career like a true idle clicker game legend in this simulator game mande for legends!

🎮WIN small clicker game competitions and idle battle amateur player to rise through the E-Sports ranks and take on bigger challenges around the world in this simulator game!

🎮PLAY awesome RPG idle games for a living, master the most popular ones in the competitive scene and defend your ranking as a Top Gamer!

🎮BUILD a killer simulator clicker squad, recruiting only the best e-athletes to join you on your quest. Guide them to greatness and feel the rush of ganking on your simulation game competitors with a kickass team!

🎮BUFF your setup to champion level, taking your computer and gaming gear to god-tier levels of awesomeness to keep your winning streak fired-up! Upgrade EVERYTHING!

🎮BOOST your e-sports simulator clicker prowess with different relics that will drive your foes to rage-quit matches in frustration!

🎮BATTLE squads and top pro clicker game gamers from all corners of the world and live the dream of every e-athlete ever: getting rich while playing idle clicker games all day!

Bring your best simulation game strategy to the fray and prepare the best builds of your mains: only your A-Game will do if you want to reach the top-tier tycoon game tournaments and make your smashing wins go viral!

Don’t be afraid to crank up your squad’s aggro and gank your rivals with no mercy! There might be some vendetta-fueled “1v1 me bro” messages for you when you’re done, though, but the more simulation game idle clicker battles, the better!

Battle e-spots rookies, idle clicker battle gamers who live for gaming, and battle legendary pro-players in your quest to become one of the best expert gamers out there! Prove to the e-sports and pro-gaming scene that idle clicker skills are all you need to be at the top of your RPG idle game and beat every adversary in the biggest tycoon game tournaments!

After winning big simulation game competitions, you’ll have the cash to build and upgrade that champion setup every e-sports fan dreams of, which will give you the power to take on world-level challenges in every RPG idle game you wish to try! There will be viral videos shot and guides written about your clicker game gear of legends!

And once you get to the top of the simulator game pro-gaming food chain in this tycoon game simulator clicker, what comes next for an e-sports legend? Tougher simulation game idle clicker battles, bigger tournaments and harder RPG idle games, obviously! The tycoon game battle to remain at the simulator game top never ends, after all, and you’ll have to give your A-game to the contenders for the spot of top e-sports legend every time they dare to challenge you!

There is no cooldown time for idle clicker and tycoon game e-sports heroes. Power up your ultimate simulator game skills and join the League of Gamers now!

Related Posts of League of Gamers - Be an E-Sports Legend!

March of Empires: War of Lords – MMO Strategy Game 4.8.1a