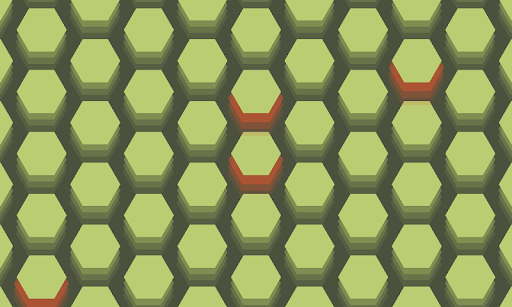 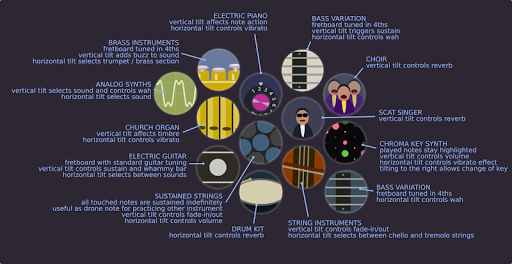 Hexpress is a collection of musical instruments for your phone. You can use it for learning, playing and composing music whenever you have the time – on train, while waiting in line and during boring meetings. Using headphones is strongly recommended for louder and better sound quality, and to not disturb others around you. The application has simple, colorful and clean interface designed to be accessible to young children.

While each instrument behaves differently in some way, in general notes are played by touching shapes on the screen, and sound is shaped by tilting the phone left-right and up-down. Different instruments have different effect controls – fade in, reverb, wah, tremolo…

• effective utilization of device screen (3+ octaves range)
• note relations (intervals) are uniform across whole range; to transpose song to different key just play same patterns on different part of instrument
• most chord shapes are grouped tightly and they can be executed with single finger swipe
• in typical scale and melody runs, notes are alternated between fingers of two hands, so they can be played with speed and precision
• large intervals are as accessible as smaller intervals

Besides honeycomb layout there are also instruments with conventional fretboard, and instrument for finger-drumming.

The app is work in progress – interface, sounds and features are all subject to change. The app doesn’t collect any information about user and cannot access internet. Storage access permission allows users to customize and add sounds and other instrument behaviour.

Hexpress is without ads, free and open-source. Your feedback is much appreciated.
New sustained choir instrument
Support for 64-bit android