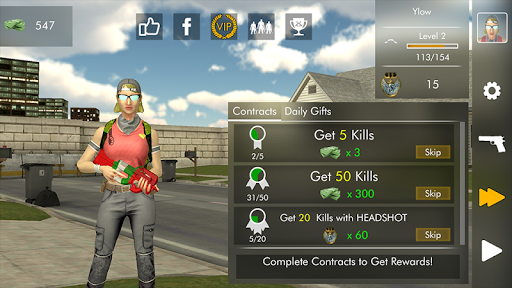 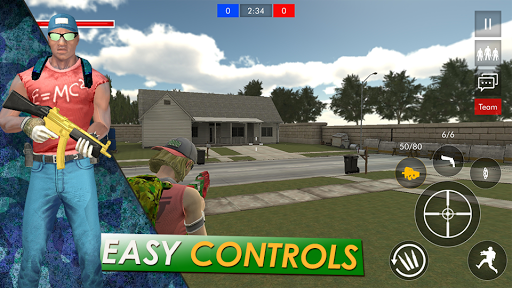 Big 8 Studios and StromBringer studios have teamed up to bring you an Original Multiplayer Battle game for android, iOS and PC!
Join 3rd person battles in dedicated arenas and advance to more epic battles.
Choose mano a mano or 3 vs 3 in short mini games.
Choose your player, choose his skins.
Get cool realistic primary weapons such as M16, AKM and P90. Secondary guns like Ruger, M9 and Alaris. Melee suchlike Hunter, Knuckles or Skinner and many many more!
Get those and find their excellent skins in the loot boxes.
Be Unique!
Realistic ballistics and travel trajectories give you the option to aim, shoot, beat and destroy your enemy.
Built in Unity engine will bring to the table a very rich visual experience with realistic effects of sounds.
Win trophies for wins and gain xp points to advance your performance. Open new arenas as you progress and win.
Do whatever it takes to survive and be the last man standing in the arena!
Ultimate survival shooter game. Each 3-minute game places you in an arena where you are in a team of 3 against 3 other players, all seeking victory
Ambush, snipe, survive, there is only one goal: to Win and become the apex ruler on the arena. win more battles to become the arena legend.
Cool maps featuring exciting battle grounds such as china town, the hood, cargo, invasion and crossfire.
Create squads of 3 to get into a gang battle arena, open more arenas as you progress and get more trophies. Get into more epic battles with legendary weapons and skills.

Contact Us
The current version does not represent the final quality of the game as we will keep optimizing existing content and adding new features.
This is a Beta version to test the first versions and functionality of this game.

If you have any questions or concerns, please contact our customer service at email@