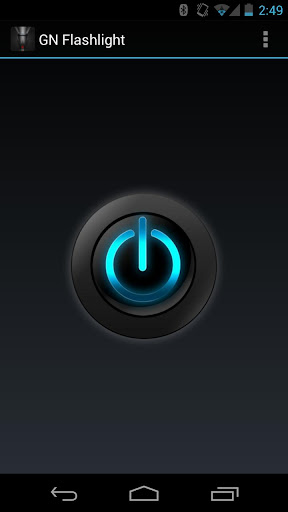 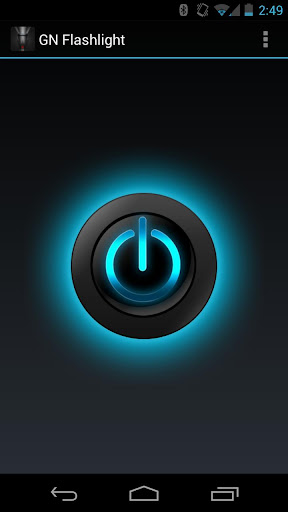 Description of Flanex - Flashlight for Nexus

This application uses the LED of the camera at the back of the phone as a flashlight.

Flanex is simple, but beautiful. Overview:
-Keep the LED on when switching the application or locking the screen.
-Create a notification for fast off-switching of the LED when not in the application itself.
-Turn on the LED on application start to save even more time.
-It is fast. You do not have to wait for multiple seconds to start the LED flash.
-Resizable Widget: Turn on the LED right from your homescreen
-Put the widget on your lockscreen (Android 4.2 only)
-Customizable widget to make it look like a standard app shortcut in order to integrate it nicer with other app shortcuts on your homescreen(*) [DOES NOT WORK ON THE NEXUS 5]
-Shortcut to quickly toggle the LED without opening the main application
-Customizable widget text size (Android 4.1.2+ only)

The standard size of the widget is 1×1. However, it can be resized to any size you like. Just tap and hold the widget and resize afterwards.

Note: If you use the “Mimic launcher shortcut” option, the widget icon will not resize, if you enlarge the widget. Only use this option if you intent to use the widget as 1×1.

[Permissions]
-Camera – take pictures and videos: Needed to start the camera and turn on the led. Controlling the led is not possible without access to the camera. There are no pictures taken and they could not be uploaded, because there is no permission request to access the internet.
-Prevent phone from sleeping: This is needed to prevent some devices (e.g. Samsung Galaxy S3) from turning off the LED automatically when turning off the screen.

** If you encounter any issues, please send a message to my email address. **
The app was previously known as ‘Nexus Flashlight’. The name had to be changed to obey Play Store policies.
v2.0.2:
– fix flashlight turning itself off immediately when activated through the widget and having multiple (logical) cameras

v2.0:
– completely reworked camera handling to turn on flashlight even faster
– fix widget being broken on Android 9 after the app has been sent to the background