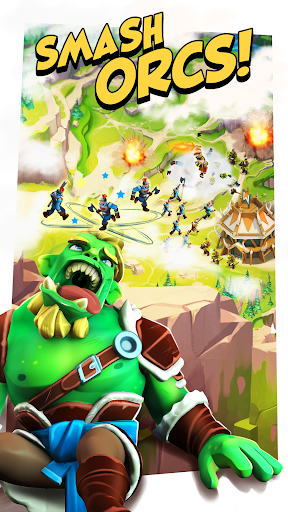 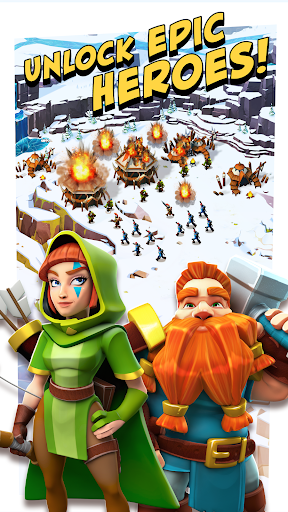 Description of Empire: Age of Knights

Become a mighty knight & develop your medieval city into a glorious empire. In the ages of medieval empires, trade with lords from other kingdoms & raise your castle to prosperity. Explore the clash of mighty clans in the mysterious exploration world map, but beware of the dangerous Orcs who march with an army of soldiers, ready to attack the stone walls of your castle. The battle ready world has mysterious empires and puzzles must be solved to become one of the risen lords. The world of men witnessed dominations in the rise of new civilizations in this brutal age. With urge of peace and prosperity, this strategy game of sultans between forging empires will never come to an end. Lords & Ladies are establishing last shelter survival modes focusing on trade with other kingdoms. But that peace might not be as everlasting as it seems and war may be rushed into….

🛡️ Build & customize your very own medieval castle with towers
🛡️ Choose your path to glory: Art of conquest for the King’s Throne
🛡️ Explore the age of magic world, discover new realms & their treasures
🛡️ Produce & trade resources to construct more than 80 different buildings
🛡️ Forge powerful alliances, chat & strategize with friends in a huge community
🛡️ Meet fantasy creatures such as dwarves, elves and orcs in the war of clans

Prove your economic skills in this new strategy game that combines strategic empire building & resource management. Collect, produce & trade resources to build up your castle & expand it into a mighty fortress! Use your profits to decorate your very own medieval city & customize your buildings. Build you fort walls & defend it from the conquerors. Mine for resources – stone, gold & silver to complete the construction of the castle walls. Harvest for wood & scale up your sawing mills to provide construction material for barracks, houses, walls & other buildings.

SCALE UP YOUR WEAPONS

Build your workshop that designs weapons, swords, bows, arrows, shields & armory for your army of knights. Strategically plan the allocation of your resources to acquire artillery. Recruit & train your warriors for the war & order. There is no glory in guns in this brutal age, but true warfare lies in theart of conquest using steel swords & battle shields.

Orcs are here to break down your fort walls bit by bit. You must plan your attack to kill their war lord before it is too late. Do you have the diplomatic skills to forge mighty alliances & establish kingdom expanding trade deals? Do you have a military strategy to crush your enemies & defend your castle in epic MMO battles? With countless enemies to defeat & multiple lands to conquer, Empire: Age of Knights is a medieval war game in which every decision you make will determine whether your castle prospers or falls.

WAR OR PEACE – YOU DECIDE

Choose your winning strategy & compete with other knights in either trading or combat. Be the hero you want to be! Play as a tradesman & exchange goods & resources with fellow players & merchants in the marketplace. Become the most powerful warlord & fight your enemies with an iron fist. Form alliances with friends to defeat your opponents & fight epic battles against millions of players on a giant interactive world map. It’s all about planning your tactics & strategy!

Discover new territories on the exploration map & uncover the legends. Recruit a powerful army to conquer the most valuable territories & fight off the Orc invaders. Try your luck on treasure hunts & seize control of other provinces & their rewards.

FEATURES:
* Gold Mines – Conquer gold mines in the Gold of Hohenberg event and get extra gold
* Shrines – Occupy shrines in the Orcs of Everwinter event and get boost on tournament points from fighting orcs
* War flag – Produce this tool in training grounds to boost points in all orc battles on the exploration map and in kingdom wars
* Army growth fund – Buy it once and collect units and tools for your army while you level