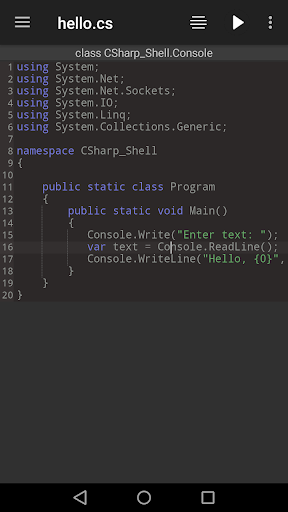 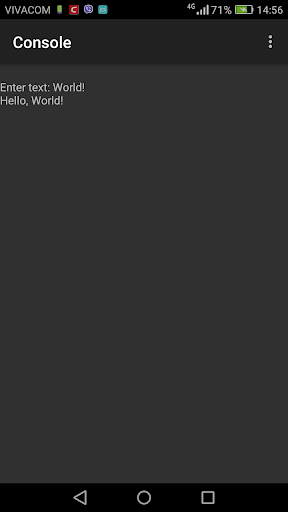 ****************
New reviews policy
Reviews consisting of very broad, unspecific and/or
unclear claims of very badly or completely undefined problems,
fall under the category of spam by default.
They will be completely ignored as statistics show there is under
5% chance of getting any type of response from the user when prompted.
If you encountered an unsolved problem then I’m probably unaware of it
and it will likely remain that way until someone sends viable data.

Everything (including compilation and code analysis) is done on your device which requires a lot of RAM and CPU for optimal functionality and performance.
Minimum device requirments: 1GB RAM, 1 GHZ Quad-core CPU

Andorid 4.4 (KitKat) is not fully supported on all devices.
Any problems encountered in KitKat are considered a result of the old OS version and are therefore unaddressable
* Fix for a theoretical (rare) conditional bug