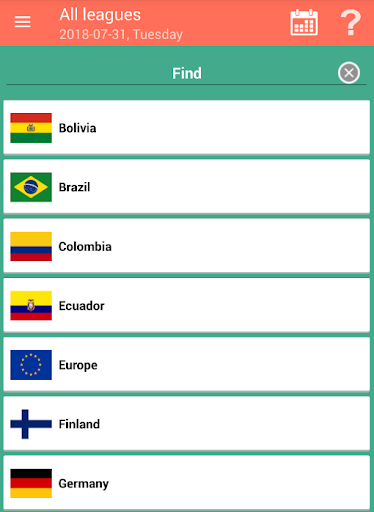 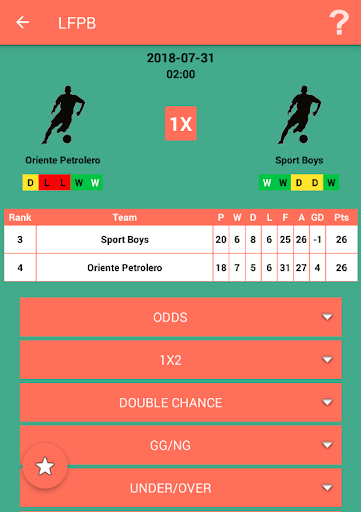 Are you football addicted? Has the football betting become a daily hobby for you? BULLET is the right app for you!

Visit the BULLET Instagram profile (https://www.instagram.com/bulletscommesse/) where it is possible to receive further suggestions and see the bets won by our users.

BULLET is a TOTALLY FREE app which applies Machine Learning algorithms on football historical data relative to the biggest European championships in order to provide mathematical predictions about future matches. For each match it is not only available a simple tip, but also the probabilities for all the results of interest (Double Chance, best Draws, GG/NG, Under/Over, 0-0, 1-0, Card, Corner and much more). Thanks to a large historical dataset the prediction algorithm can estimate the number of goals for each team and then to provide very accurate betting tips. Moreover, it is also available the SuperBet which represents a list of suggested bets according to calculated statistics and available bookmaker odds.

In detail, BULLET offers,
– A very simple design to maximize the user experience
– Probabilities for a high number of possible results for each match
– Storage of matches of interest in the favorite list
– Link to the developers to provide feedback about the prediction algorithm and the app
– Facebool and Instagram profiles for updates and sharing with other betters

In addition, innovative tools are available, such as:

– BET MACHINE: able to extract the best matches according to your criteria;
– BET LAMPO: for who want to bet on the next matches with highest probability;
– BEST BOOKMAKERS: to see in real time the best BONUS offered by Bookmakers;
– DROPPING ODDS: to control the odds that change quickly.

BULLET is not a betting app, but represent a powerful statistical instrument to forecast football match results, in fact the prediction algorithm is based upon scientific theories and is always up-to-date.
– Bugfix
– Livescore visualization optimized
– Reduced advertisement
– Phone rotation enabled
– Prediction algorithm improved