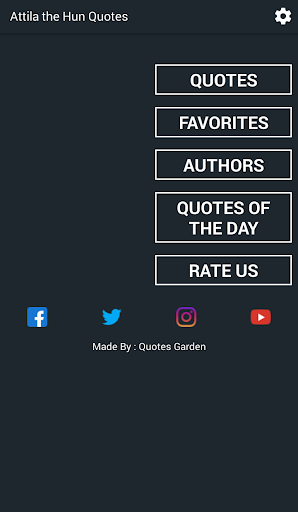 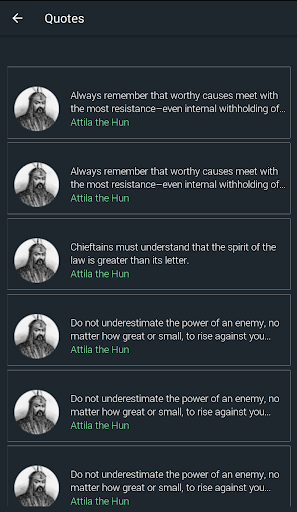 Description of Attila the Hun Quotes

Attila (/ˈætɪlə, əˈtɪlə/; fl. circa 406–453), frequently called Attila the Hun, was the ruler of the Huns from 434 until his death in March 453. He was also the leader of a tribal empire consisting of Huns, Ostrogoths, and Alans among others, on the territory of Central and Eastern Europe.

During his reign, he was one of the most feared enemies of the Western and Eastern Roman Empires. He crossed the Danube twice and plundered the Balkans, but was unable to take Constantinople. His unsuccessful campaign in Persia was followed in 441 by an invasion of the Eastern Roman (Byzantine) Empire, the success of which emboldened Attila to invade the West. He also attempted to conquer Roman Gaul (modern France), crossing the Rhine in 451 and marching as far as Aurelianum (Orléans) before being defeated at the Battle of the Catalaunian Plains.

He subsequently invaded Italy, devastating the northern provinces, but was unable to take Rome. He planned for further campaigns against the Romans, but died in 453. After Attila’s death, his close adviser, Ardaric of the Gepids, led a Germanic revolt against Hunnic rule, after which the Hunnic Empire quickly collapsed.