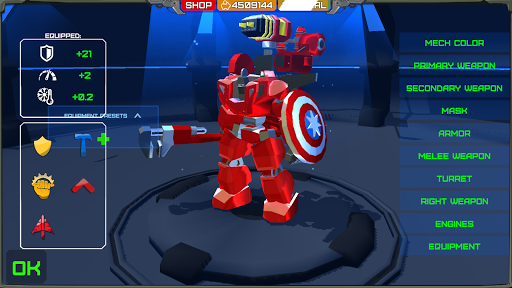 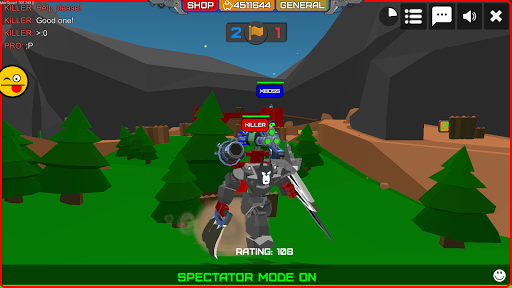 Armored Squad is a fast paced online action with mechs, robots and tanks with colorful graphics.

Or play 60 offline levels and play against AI bots : no internet required!

Fight with lasers, swords and rocket launchers at the same time! Our robots can use multiple weapons simultaneously.

Force fields and jump jets, boosters and shields, tons of guns – equip the mech to fit your style of play.

Unlock all three levels of dificulty.

The game size is small – under 50Mb ( megabytes)

This is one of the few offline and online mech games with customization!

See you on the battlefield!
– fixed : sniper rifle 1 used to shoot like a machine gun