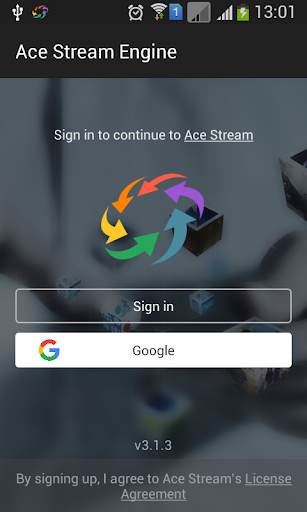 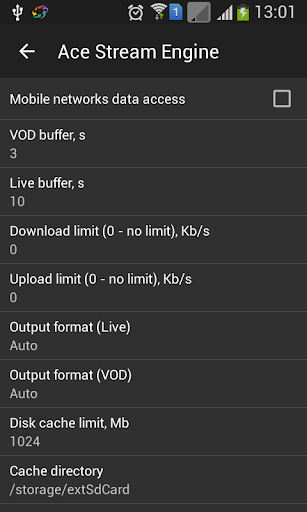 Discover a new level of high-quality multimedia space in the Internet with the Ace Stream Media.

Ace Stream Media is a multi functional multimedia application with the following features:

– Full-featured multimedia player and media server, with support for P2P data storage and transfer protocols, with convenient content cataloging and the ability to use local and external databases, with presets and plugins, user settings and recommendations, with filters and equalizer, and many other features
– Playback of any video and audio files, including MKV, MP4, AVI, MOV, Ogg, FLAC, TS, M2TS, Wv and AAC, as well as playback of network streams that are broadcasted via the Ace Stream, BitTorrent, HTTP(S) protocol, RTMP, FTP, etc. All codecs are included, without the need for separate downloads. Subtitles, teletext and closed captions are supported.
– Watching online huge number of broadcasts (TV channels, sports and cybersport broadcasts, user-generated channels, movies, cartoons, etc.), which are broadcasted in P2P networks, with a level of audiovisual quality and stream stability, in many ways surpassing all existing broadcasts in Internet, which are broadcasted using standard technologies (unicast).
– Play torrents online with single click without waiting for content download
– Listen to high quality radio and music online, in lossless formats
– Watch content on remote devices (Apple TV, Chromecast etc.) over such communication protocols as AirPlay, Google Cast and others

Note: In this release the default output format in settings is set to “auto”, which means that the stream is transcoded when playing video in MKV container with AC3 codec on devices and players with no support for this audio codec (Apple TV, Chromecast etc.). This leads to considerable delays when starting playback and increases response when seeking (especially on low-powered devices). Therefore, if your remote device or player supports AC3 audio codec, then you can go to settings and switch the output format to something more convenient.

Ace Stream Media is an aggregate application which contains the following products:

Attention! Ace Stream Media does not contain any video and audio content, including links to such content. This application is intended solely for cataloging and/or playing by the user personal content (which is either owned by him or is at his disposal), as well as for playing other legal content, including content that is freely available on the Internet, by self-adding such content (video, audio, photos, texts or any other materials) in the application.
* A major optimization of connections handling module is done, which is aimed at improving the stability of the stream during playback
* Fixed bug in engine which caused speed drop and stopping of playback after some time of watching broadcast
* Fixed problem in LibVLC HLS module, which caused unexpected player closing during playback
* Fixed bug: engine failed to start when main port was busy
* Fixed bug (possible crash in player since 3.1.46.0)